This January, a unique transaction was executed by the African Development Bank (AfDB), with the structuring, arranging and hedging support of TCX.

This January, a unique transaction was executed by the African Development Bank (AfDB), with the structuring, arranging and hedging support of NABC member TCX Fund, based in Amsterdam.

The AfDB issued a USD 6 million equivalent, 2-year synthetic local currency bond. The term synthetic refers to the bond being a shilling asset for the buyer and a shilling liability for the issue, but to all cash flows being in dollars. The AfDB issued the bond “offshore” to international investors, so not in the Kenyan market itself. The investors that acquired the bond, bought a bond with the AfDB’s superior triple-A credit rating, but with a coupon reflecting exposure to Kenyan shilling risk.

The AfDB creates shilling liability, which as a regulated financial institution, it in principle does not wish to have unless it has a corresponding asset in shilling. That is where TCX came in. TCX is a development finance institution that hedges currency risk in emerging and frontier markets where commercial banks are not active. By providing the AfDB a 2-year Kenyan shilling-USD cross currency swap when the bond was issued, TCX ensured that the AfDB’s shilling liability with a shilling coupon, was converted into a USD liability with a matching USD interest rate. The result for the AfDB, is that it raised USD 6 million at a competitive USD rate and that it generates positive interest in local currency securities.

For TCX, hedging a local currency bond liability is the opposite of what it normally does, which is hedging local currency loans. The hedge with AfDB therefore reduced TCX’s net position in the Kenyan shilling, creating room to support more shilling loans. 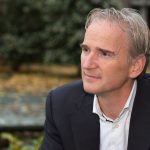 ‘This is an incredibly powerful and relevant transaction,’ said Ruurd Brouwer, CEO of TCX. ‘It supports the funding efforts of the issuer, it increases TCX’s hedging capacity, it creates a new investor asset-class, and it raises the profile of local currency securities while adding liquidity to local currency yield curves.’

Since 2015, TCX has supported USD130m equivalent of bond issues in African currencies, with tenors ranging between 2 and 5 years. More information: www.tcxfund.com